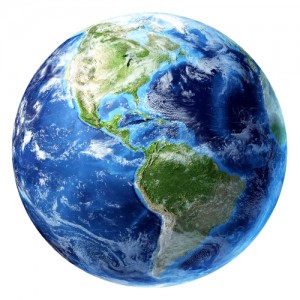 A recent Business Insider online article reported that some might regard internet addiction as “first-world problem” as opposed to a real affliction. But a recent study done at the University of Hong Kong presents a strong case suggesting otherwise.

The study, which first appeared on Motherboard, an online magazine and video channel devoted to the convergence of humans, science and technology, estimated that 6 percent of the population of the world is addicted to the internet.

With the population of the world right at 7 billion people, 6 percent translates to 420 million internet addicts. To view that number from yet another perspective, only 39 percent of the world’s population has access to the internet at this time.

In a rather nationwide attempt to wipe-out internet addiction, China identified it as a clinical disorder. The Chinese government then built approximately 250 “boot camps” in an effort to break Chinese teenagers of their internet addiction.

So when we speak of addiction, whether to drugs, alcohol or the internet, what exactly are we talking about?

Addiction: What is it?

Some schools of thought regard addiction as a chronic, relapsing disease; or a moral failure of some sort.

A working definition of addiction would be one which opens the door to an understanding of addiction, and its resolution. A good basic, working definition of addiction is a condition characterized by repeated, compulsive seeking and use of drugs, alcohol or similar substances despite the adverse mental, physical and social consequences. Additionally, addiction is ordinarily accompanied by physical and psychological dependence on the substance, and the appearance of withdrawal symptoms when the addictive substance is rapidly decreased, or terminated.

When addiction sets-in, the addiction, whether drugs, alcohol, or whatever it is that is addictive, controls the person rather than the person controlling it.

It can be seen, then, that if the person loses control of their use of the internet, and its use controls the person, he or she could then be considered internet-addicted.

Underlying any addiction is a lack of life skills adequate to dealing with life and the challenges and problems it presents. Whether it is attempting to escape into drugs or alcohol or an escape into the internet, it is still an attempt to escape living life as it is.

With the successful treatment of any addiction, it is vital for the person seeking to overcome their addiction to learn the necessary life skills which will provide them with tools essential to successfully dealing with life and others.

In seeking treatment for addiction to drugs, or alcohol, or the internet, the treatment program should be drug-free, and it should have a comprehensive program of life skills training. Each person seeking to reclaim his or her life from addiction must be given the opportunity to learn those skills which will help them overcome their addiction, and maintain their sobriety for the long-term.