5 Tips for Protecting Families from Heroin Addiction this Holiday 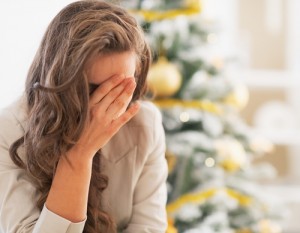 The National Institute on Drug Abuse (NIDA) identifies heroin as an opioid drug synthesized from morphine. Morphine itself is naturally occurring, and is extracted from the Asian opium poppy plant seed pod. The drug is usually available as a white or brown powder; or a sticky black substance referred to as “black tar heroin.” Heroin can be smoked, sniffed, inhaled or injected, and is known for its high risk of addiction.

According to NIDA there were 4.2 million Americans 12-years of age or older who had used heroin at least one time during their lives. An estimated 23 percent of those who use heroin will become dependent on it.

The escalating nationwide abuse of prescription opioid pain medications such as Vicodin and Oxycontin presents an unprecedented risk of heroin abuse. When these drugs are taken in ways or doses other than those prescribed, they can have similar effects as heroin. NIDA cites these prescription opioid pain relieving drugs as the most commonly abused drugs in the United States at this time.

Furthermore, many of the young people surveyed in the research studies also reported that the crushing of prescription opioid pills for injecting or snorting was their initiation into these methods of administering a drug—the same administration methods of heroin.

Heroin use can lead to physical dependence, wherein the body adapts to the presence of the drug. Once dependent, the user who abruptly reduces or ceases using the drug may experience severe withdrawal symptoms, including muscle and bone pain, restlessness, vomiting and diarrhea, and kicking movements of the legs (“kicking the habit”). During withdrawal, heroin users also experience severe drug cravings which drive relapse and continued abuse.

Awareness of the severe consequences of using heroin make is vital to know some basic facts about preventing its use and potential addiction over the upcoming holidays.

The holidays can be a mixed time of happy and pleasant memories, combined with emotional and economic stresses which exacerbate the less-than-pleasant emotions we may experience as a result. As part of protecting oneself and one’s family from the consequences of using a drug to get relief from emotional or physical pain, the following suggestions are made.

Take Care of Yourself

Eat nutritious foods, get enough sleep, and keep the body exercised. You will feel better physically and mentally when you are well-fed and well-rested.

Go easy on the sweet and rich foods of the holiday season, and avoid a case of the “sugar blues.” Sugar is toxic to the body, and a host of common mental and physical ailments are strongly linked to the consumption of “pure”refined sugar.

Set Aside Some Time for Yourself

Plan some time for relaxation, and some “own time”—a time purely your own when you can do a little something which you personally enjoy. Listening to music, going for a walk, going to see a movie you want to see—whatever brings you a sense of calm pleasure.

Much of the holiday celebration tends to center around get-togethers with foods and drink. In recent years, drug use has become a part of the “celebration”. In reality, happiness does not stem from either drug-use, or alcohol consumption. Create some memorable and long-standing family traditions for the holiday that are based on the spirit of giving, and goodwill towards your fellow man.

Strengthen your Network of Family and Friends

The demands of life often take precedence over spending quality time with friends and family members who are a vital part of our lives—our support system. Reach out to them this time of year, and strengthen your relationships. Loneliness can be a burden for some people during the holidays, prompting drug or alcohol use. You can help ease that burden with friendship and caring.

It may be a failing of human nature to see a glass half-empty, when it could be seen as half-full. While any one of us could likely lead a more perfect life, it is a given that we all have things for which we can be thankful. The holidays are a good time to look at your life, reassess its benefits and its blessings, and recognize that the glass is indeed half-full.