How Addiction Creeps into Athletics 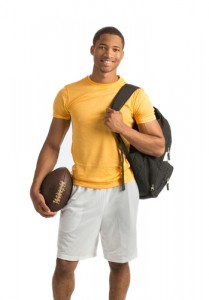 A 2013 report published by the American Osteopathic Academy of Addiction Medicine (AOAAM) sheds some light on the large amounts of money involved in college athletics. The report cites the most profitable college football teams as:

The AOAAM study, Substance Use and Abuse Among College Athletes sheds some light on why drugs have crept into athletics, and some of the key reasons why athletes use drugs and alcohol.

It is a comprehensive study publication which can be reviewed in full, but an overview of its highlights is included herein.

On the subject of alcohol use, the study found:

Reasons found by the study for women college athletes’ use of alcohol and/or drugs were:

It becomes evident in reviewing the results of the study and its findings that young college athletes turn to drugs and alcohol as a solution to peer pressure, stress, physical pain, and the demands of life which may outpace their life skills. Many college students and youth turn to drug and alcohol use for the same or similar reasons.

The college athlete alone has the added pressure and stress of the demand for athletic performance; the need to win; the need to maintain an academic standard which holds-up under the close scrutiny of academia and fellow students; the need and desire to be a team player; and perhaps the need to fulfill the obligations to a college which may have given a full or partial scholarship enabling the athlete to attend.

The AOAAM publication on the study results included some recommendations for preventative measures which could be implemented to curtail alcohol consumption at the college level. Those included:

It’s a given that drug and alcohol prevention education is something we can all do to help our college athletes.

For more information on drug and alcohol prevention education, please call us today.