Addiction & Drug Use Prevention for Halloween 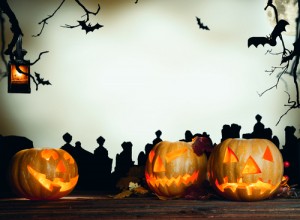 Halloween is a much loved holiday, with children, youth and even adults donning costumes and venturing out in the neighborhoods across America to trick-or-treat for candy and goodies; or to attend Halloween parties. Historically, Halloween was originally “All Hallows’ Evening”, the time of year dedicated to remembering the dead, including the saints and holy persons long ago known as hallows in the Old English language. Its traditional focus was to use ridicule and humor to confront the power of death; and on October 31st, it is celebrated in a number of countries across the world.

Halloween is no longer as simple as it used to be as our society and our culture experiences increasing drug and alcohol use and abuse. While it used to be safe for children to go door-to-door in local neighborhoods, trick-or-treating to fill their bags with candies, there have been instances where those candies or treats were intentionally made unsafe by tainting them with a drug.

For teens, a celebratory night of freedom to roam the streets with costumed friends, often invites the use of alcohol in addition to the traditional mischief-making which has long been part of Halloween.

But as with too many of the changes in our society over recent decades, much of the innocence has been lost; and parents now have new concerns about the safety of their children and teens on Halloween. Based on that concern there are an increasing number of ways to spend a safe and fun Halloween which doesn’t require children or teens to roam the neighborhoods; and an increased awareness of the need to ensure that youth are well-informed as to the risks and consequences of Halloween drug and alcohol use or abuse.

One annual survey of America’s youth revealed that about 75 percent of high-school 12thgraders, and more than two-thirds of 10th graders, tend to drink to excessively; and often engage in binge-drinking—drinking five or more drinks on an occasion. Additionally, the survey results also revealed that approximately two in every five 8th graders reported having consumed alcohol; also with the tendency to drink excessively.

With that knowledge in mind, it is important to implement and make available a variety of drug prevention education programs to help young people have a safe Halloween

There are a number of prevention measures which can be implemented which go far in keeping young people safe, while allowing them to enjoy the Halloween holiday.

Parents can help their teens by talking with them and giving them some prevention guidelines and advice which allows for having fun, while at the same time making good choices.

Talk with your teenagers, and come-up with a game plan ahead of time so he or she will know what to do. The following actions are suggested:

When your teen knows he or she is going to be drinking at a Halloween party or get-together, it is important that you discuss further prevention action he or she needs to know in order to stay safe:

With these simple prevention measures in place, a safer and happier Halloween can be enjoyed by everyone.