The Most Addictive Drugs and Why They Are Hard to Kick 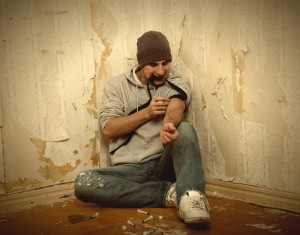 There are a number of factors which determine who will become a drug addict or alcoholic, and who will not. But with drugs and their chemical make-up, it is guaranteed that certain drugs are more addictive and are harder to kick. The following ranking of drugs according to the addictive level and consequent harm is based on a research study done at London’s Imperial College, with the addictive-potency and dependency rating devised by Dutch scientists as a result.

Heroin ranks number 1, with a dependency rating of 2.89 out of 3. It is an opiate drug which mimics the body’s endorphins, causing pleasure and reducing pain. It is known for its rapid effects. Coupled with its terrible withdrawal symptoms; it is regarded as the most addictive drug in the world. According to NIDA, the National Institute on Drug Addiction, 23 % of those who ever use heroin become addicts.

Crack Cocaine weighs-in at number 2, with a dependency rating of 2.82 out of 3.

While Crack is similar to powder cocaine in its effects on the user and its chemical composition, smoking crack gives the user a faster, higher rush than does the powder. Because the drug can be easily used (smoked) and due to its intense high, addiction to crack is dramatically higher than to the snorted powder.

While nicotine may not cause a rush such as heroin or crack does, it does have the capability to mimic a common body neurotransmitter. As a result, smoking on a regular basis reduces the efficiency of these neurotransmitters, causing the smoker to keep ingesting nicotine in order to maintain normal function. The United States has 50 million nicotine addicts.

Methadone is 4th on the list of most addictive drugs, with a dependency rating of 2.68.

Used in the treatment of heroin addiction, the heroin junky rapidly becomes resistant to any euphoric effects and uses the methadone to ward off heroin-withdrawal symptoms. Unfortunately, as the user develops a tolerance to the methadone, it is a sign of their addiction to it.

Crystal Meth takes 5th place in the top five most addictive drugs with a dependency rating of 2.24 out of 3.

This drug mimics natural neurotransmitter functions in the body, similar to the way nicotine and heroin do. It also has the capability to imitate two body chemicals while damaging the body’s ability to produce them—dopamine (pleasure) and norepinephrine (alertness). The lack of production by the body results in craving more meth, and is an addict’s nightmare.

In the Top Ten

The following are included in the top ten most addiction drugs, ranking 6th through 10th.

Alcohol addiction tends to be complicated by the fact it is legal drug, and it is commonly accepted and consumed in social settings. One of the key factors in its addiction potential is its severe withdrawal symptoms, capable of causing death. Heavy drinkers experience its intense cravings, which are another factor in its addiction potential. An estimated 17.9 million Americans are alcoholics, or are abusing alcohol.

While cocaine does not destroy the dopamine (pleasure) producing neurotransmitters like methamphetamine does, it prevents the body’s re-absorption of it. Thus, while it may be less powerfully addictive than meth, the user experiences intense cravings and builds-up a tolerance rapidly.

Amphetamines take 8th place in the top ten, with a dependency rating of 1.95 out of 3.

While amphetamines such as Adderall, Dexedrine and Desoxyn might not rank quite as high on the list as meth does, they warrant an extra caution. Amphetamines act in a similar way to meth, can cause rapid tolerance, and cravings for more when used in high doses or on a regular basis. Attempting to quit “cold turkey” can cause severe anxiety, depression—and the fatigue which drives the user to use again.

Benzodiazepines rank 9th out of the top 10 most addictive drugs, with a dependency rating of 1.89 out of 3.

Benzodiazepines include Xanax, Klonopin and Valium, prescription anti-anxiety drugs. Benzodiazepines cause a rapid tolerance. Going cold turkey causes withdrawal symptom which includes anxiety and panic attacks which can drive the user back to using.

GHB is a club drug, and a depressant which may be a neurotransmitter itself. With a cross-tolerance for alcohol, the user seeking to get high needs to ingest more GHB if drinking regularly—leading to getting hooked on it. The drug is known for its brutal withdrawal symptoms of anxiety, dizziness, vomiting and insomnia.