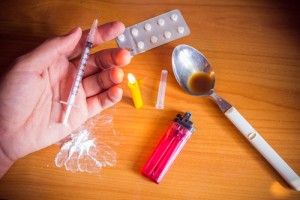 The Centers for Disease Control and Prevention (CDC) reports that drug overdose-caused deaths over the last two decades have been steadily rising. Deaths from drug overdose in the United States now ranks as the leading cause of injury death. Every day in the U.S, 120 people die due to a drug overdose. Another 6,748 people end-up in emergency departments (ED), needing treatment for the abuse or misuse of drugs. The CDC reports that nearly 9 of every 10 deaths due to poisoning are caused by drugs. (2014)

The Facts and the Problems

According to the CDC, the following are the most common overdose drugs:

Some communities are taking effective action in response to the rise in heroin overdoses in their counties and states.

According to a recent online Capital Gazette article, the Maryland county of Anne Arundel is considering a multi-agency initiative to address the problem of heroin addiction in the county.

The county health department reported 74 substance overdose deaths in the first seven months of last year in the county. Heroin was involved in 35 of those overdose deaths. These numbers accounted for Maryland’s second-highest rate of increase.

The Anne Arundel County Medical Center s logged 135 overdose cases in 2014, up from close to 100 cases in the two years prior.

Steve Schuh, County Executive, declared heroin a public health emergency with a signed executive order. Schuh plans to introduce a resolution at the upcoming City Council meeting on the matter.

Other actions being taken by the community include the creation of a task force to look into expanded use of Narcan, the drug used to help reverse overdose effects. County health officials and schools superintendent are included in the task force.

According to Police Chief Tim Altomare, the police department health unit will be tasked with helping arrested addicts with getting treatment.