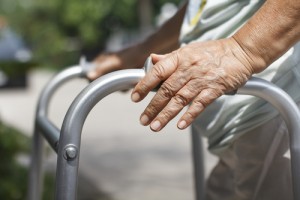 The generation we know as the Baby Boomers were born between the end of WW II in 1946, and 1964. The Boomers are the largest generation of Americans born in U.S. history, nearly 77 million as of 2011.   The total population of the United States is approximately 315 Million people of which 24.3% are Boomers (2012). Boomers will inherit approximately $8.4 trillion dollars from parents, grandparents and others. And as the Baby Boomers age, more attention is focused on addiction treatment for the elderly.

The summer of 1967 was the Summer of Love, and the genus of the hippie counterculture—sex, drugs and rock ‘n roll. The next year, in 1968, the feminist movement began, and Women’s Liberation was born. That year, the oldest Baby Boomer were just 22-years old.

Another hallmark event on the Boomer timeline was Woodstock, the music festival in Bethel, New York. It happened in August of 1969, and it was attended by more than 400,000 people. Many of the greatest legends of rock ‘n roll history performed at the Woodstock Festival.

The Draft was implemented again on December 1st of 1969. It was the first time since 1942 that the Selective Service lottery was used, and its purpose was to secure armed forces inductees for 1970. At that time, only young men aged 18 to 26 were eligible for the draft. On that day, the oldest Baby Boomers were 23-years old.

It was a generation born as a World War ended, and a generation which sought peace and social change. It was also a generation that sought to “expand its mind” with drugs, naively believing that mind-altering drugs were a way to “raise consciousness”, and somehow attain a heightened level of awareness and understanding of life.

And as likely is with most generations before them, the Boomers don’t like getting old, and may not be aging gracefully.

The Elderly and Addiction

According to an online article in the IthacaJournal, the surge in Boomers aging has driven-up the number of elderly who are abusing drugs and/or alcohol.   The issue is bringing more attention to the age-special problems related to treating addiction in the aging.

As the population of elderly grows, experts note that a focus on addiction will be increasingly needed. According to a study published in the Addiction journal, the Boomer generation’s high substance abuse rate coupled with its immense size will result in an estimated 5.7 million Americans over the age of 50 with a substance abuse problem by the year 2020.

Aside from the fact that many Boomers don’t like getting older, there are often less-than-optimum physical conditions that are a source of physical pain. Prescription painkillers may help to manage the pain initially, but they can be easy to overuse, and they are highly addictive drugs. There are often situations that come with aging that are a source of emotional pain. Loss of a spouse or friends passing away is painful, and can trigger abuse.

James Emery, the deputy director of the Manhattan-based Odyssey House addiction recovery ElderCare program points out the demographics of our nation at this time.   The Boomers are getting older, and many of this generation were involved in drug and alcohol use in the 60’s and 70’s. He adds that even for those Boomers who were not involved at that time, many of them have since been prescribed narcotics for physical pain of some nature, and have become addicted as a result.

What is known for certain is that more Boomers are aging, and there will continue to be more for many years to come. The need for effective drug and alcohol rehabilitation for those needing help with substance abuse will only increase as this generation advances in its aging.