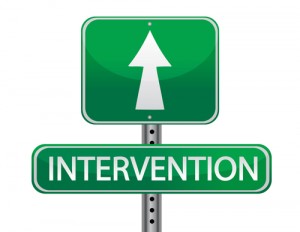 Meth abuse never affects only the addicted person. The meth addict’s family members and loved ones suffer the consequences of this highly addictive drug, and the consequences of its use and manufacture. It is a drug which changes the user’s physical and mental health, making it difficult to stay get and stay clean. Learning about meth abuse is the first step to stopping it.

The Trap of Methamphetamine Addiction

Dopamine is a natural chemical produced in the brain. It carries messages from nerve cells to muscles, or to other nerve cells in the body. When a person takes meth, their brain gets flooded with dopamine. Meth also, at the same time, blocks the re-uptake (re-absorption) of dopamine by the nerve cells. It is for this reason that meth causes such a long and pleasurable high.

But with repeated use of meth, the brain adapts to the drug, and the user starts needing more and more of the drug to get the desired effects. This is meth tolerance.

As the person repeats the use of meth, especially when using larger quantities, the dopamine in the brain, along with other neurotransmitters (chemicals by which nerve cells communicate with other nerve cells or muscles) are depleted.

The drug cravings in combination with the ways in which meth changes the person’s mental and physical health only serves to make quitting meth and staying clean all the more difficult.

The first step to dealing effectively with something is gaining an understanding of it. With knowledge and understanding, effective steps can be taken to stop meth abuse.

Understanding what happens to a person physically, mentally and emotionally due to meth use will help both the addict and the family realistically assess what needs to be done to overcome methamphetamine abuse and addiction.

Heavy meth use diminishes the user’s ability to think clearly. It is also likely to diminish the person’s ability to recall information, learn new information and skills, and recognize and recall pictures, images and words.

The consequences of heavy meth use include a diminishing of the person’s ability to reason; to draw a conclusion or make a logical judgment. Studies have found that the person recovers much of their thinking ability about 3 months of abstinence from meth use. The ability to recall and recognize images and words, however, worsens after abstinence from meth use; only gradually improving over a long time-period.

The major barrier to overcome, then, is a situation in which the meth user quits and is suffering intense cravings for the drug. He or she is in desperate need of making many important and life-changing decisions in order to resist the overpowering urge to use. At the same time, the meth user is dealing with his or her inability to think clearly; to remember well and to learn new and better ways of doing those things needed to overcome addiction, and maintain sobriety.

A family can best help the meth addict in their effort to stop meth use by realizing that the person’s mental abilities and thought capabilities are diminished as a result of the drug use, making it more difficult for the person to make good decisions, and to stay clean.

The family also needs to realize that for the meth user to remain clean long enough for their body and nervous system to heal, and their mental abilities to return; he or she will need the help of outcome-based rehab treatment which actually can help the person to heal, both physically and mentally.

Many meth addicts may also have underlying physical conditions which are a source of physical pain, and exacerbate any unpleasant emotional or mental issues.