Heavy Drinking and Alcohol Addiction Can Contribute to Diabetes 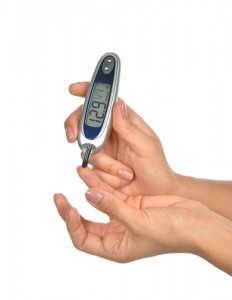 The month of November is recognized as American Diabetes Month, and dedicated to raising awareness of diabetes–a condition which interferes with the body’s ability to regulate its blood sugar levels. In a normally functioning body, the blood sugar (glucose) levels are controlled by the pancreas-produced hormone, insulin. In the case of diabetes, either insulin is not being adequately produced; or the body cells fail to respond to the insulin hormone as they should. When glucose levels go too high in the bloodstream, it is called hyperglycemia, and it can cause damage to body organs.

More on Diabetes in America

Healthfinder.gov cites diabetes as a leading cause of disability and death in America. When not controlled, the disease is capable of causing nerve damage, blindness, kidney disease and more.

Also cited is the statistic that one in every twelve Americans has diabetes, which translates to upwards of 25 million people. Furthermore, an additional 79 million adult Americans are at risk of developing Type 2 diabetes.

Abusing alcohol increases the person’s risk of Type 2 diabetes. It can also lead to glucose intolerance, as well as obesity—both of which have been linked to Type 2 diabetes.

Furthermore, many alcoholics develop pancreatitis (inflammation of the pancreas, accompanied by abdominal pain), with approximately one-third of those with pancreatitis going on to develop diabetes.

The consumption of alcohol poses dangers to anyone diagnosed with diabetes. Those diabetics who are suffering from hypertension, eye disease or nerve damage are advised not to drink alcohol at all.

Those diabetics who do drink need to be careful, and stay within “safe limits”, cited as one drink per day for women; and two drinks per day for a man. A glass of wine or a standard-sized beer equates to “one drink.”

There are very real dangers and consequences caused by alcohol abuse for the diabetic who consumes excessive alcohol. Heavy drinking is capable of:

What Can Be Done?

It is important for any person, especially a heavy drinker or alcohol addict, to know the symptoms of diabetes. There are some signs which warn of a developing Type 2 diabetes condition. The ones most usually experienced include:

The American Diabetes Association suggest some ideas as part of raising awareness of diabetes during American Diabetes Month, and encouraging people to make some healthy changes in their lives–even if small changes. Suggestions include increasing physical exercise, getting a check-up and asking a doctor about your risk of diabetes, and learning more about eating a healthy diet.

As for diabetics who continue to drink despite the known adverse consequences and dangerous risks to their health—never drink on an empty stomach, or when blood sugar levels are low.

If you are at risk of developing diabetes, or are needing help in overcoming alcohol addiction and its adverse consequences, you are invited to learn more about the drug-free program offered by Narconon.