An Inside Look at Afghanistan’s Drug Addiction Problem 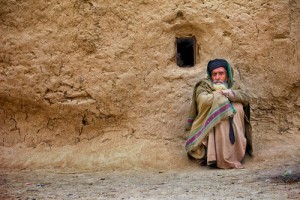 The country of Afghanistan is located in Central and South Asia, and has a population of 31 million, thus placing it 42nd amongst the world’s most populous countries. Land-wise, it ranks 41st largest in terms of size. It is a landlocked country, bordered on the South and East by Pakistan; on the West by Iran; Tajikistan, Uzbekistan and Turkmenistan to the North; and China to the far northeast. While Afghanistan has long been the world leader in opium production, it now also has the distinction of being one of the most drug-addicted societies in the world.

About 5.3 percent of the Afghanistan population is estimated to be drug-users, with estimates going as high a 1.6 million people. A recent report out of the Bureau of International Narcotics and Law Enforcement Affairs cites the statistic of one person in every 10 urban households across the nation of Afghanistan has a minimum of one drug-user per household.

Outside the urban areas, the drug-use problem is thought to be even worse. Some rural villages report a drug-use rate of up to 30% of the population. This percentage was based on urban study data which used saliva, urine and hair samples taken by study authors.

The study also revealed that drugs such as crystal meth which are not traditionally in broad use in Afghanistan are now showing-up as part of the current drug abuse problem.

Based on information from the United Nations Office on Drugs and Crime, the use of opiates in Afghanistan doubled between 2005 and 2009, putting the country on par with Iran and Russia. In that same time-period, there was also a 140 percent spike in the number of individuals using heroin—produced from the opium poppies.

Afghanistan is a country long-troubled by adversity and rampant corruption. As a result, the problem of drug addiction does not rank high on its national priorities. Less than $4 million dollars per year is allocated by the government for the funding of addiction treatment and outreach services. Nationwide, there are not quite 28,000 formal addiction treatment slots available, and the programs providing those slots rely heavily on extra international funding of approximately $12 million dollars annually.

According to one online article on the drug problem in Afghanistan, the focus of both the Afghan government and the international community has been on the reduction of opium production. Americans have spent upwards of $6 billion dollars since the war began there in 2001, in an effort to curtail the Afghan opium industry. The effort has included eradicating opium crops, and subsidizing alternative crops. It has not proven successful in many areas, with the efforts at eradication meeting loss of public support for the Afghan government.

Despite any ongoing efforts to curb Afghanistan’s opium drug industry, the cultivation of opium has been increasing, based on global demand and price. Some experts think the magnitude of the drug supply fuels the domestic demand. Further influencing the problem is the lack of drug addiction treatment options, or a holistic plan which addresses the national addiction crisis.

According to the Ministry of Public Health director of drug-demand reduction, Dr. Ahmad Fawad Osmani, the only thing Afghanistan’s drug production has brought the country “is one million drug users.” Furthermore, the Ministry of Public Health cites a 40% relapse rate for addicts treated at Jangalak, the only functioning government-run treatment clinic in Kabul, providing space for 300 addicts.

With about 1.6 million Afghans drug addicted, and the Afghan government providing treatment space for about 2,300 in its 100 or so drug treatment facilities nationwide, the magnitude of the problem is very clear.