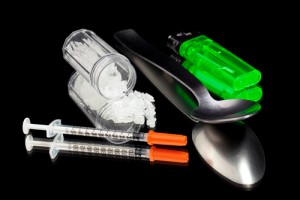 The body is an incredible thing. In the face of the chemical invasion it experiences when a person is addicted to drugs, it will, to the best of its ability, fight back against the onslaught of toxins and rebuild its cells in order to survive. But unfortunately, our natural defenses are no match for the toxins that are delivered into our systems when someone is addicted to one of the most horrendous and dangerous drugs out there: methamphetamine. “Wasteland” is too minimizing a word when imparting what this poison will make of someone’s face, body and future.

Even though the information about this drug wasn’t widely-known by the general population until the 1990s, methamphetamine is not by any means a new drug. It has, however, evolved into a much more dangerous and powerful drug over the last several decades. Amphetamine was the front runner, first made in Germany in 1887. Methamphetamine was developed later in Japan in 1919. Like amphetamine, meth is a stimulant, but twice as potent as amphetamine, and many times more dangerous. Amphetamines are still used medicinally, but usually in very controlled circumstances. Methamphetamine is only used in the illicit drug trades currently.

History of Meth Use

Meth first went into widespread use in World War II, when troops used it to stay awake and Japanese soldiers used it before suicide missions. After the war it became very widely abused in Japan because of its accessibility. In 1950s United States it was prescribed to fight depression and aide weight loss, and so the U.S. experienced the same abuse epidemic. In 1970 the drug was outlawed for most uses after the 1960s saw the same addiction problems. It was in the 1990s that Mexican drug cartel set up massive laboratories to produce huge quantities of the now much more powerful and deadly drug. Since then, smaller private labs have popped up in communities all over the United States, earning it the nickname “stove top.” It is one recipe for disaster if there ever was one.

Destroying the Physical Health of the User

All illegal (and many legal) drugs can destroy the physical health of a person to one degree or another. But methamphetamine has a singular ability to lay waste to the body and face of a user more than any other drug. The gradual—or sometimes even rapid—decay a user experiences can be seen in a withering face, hollowed-out eyes and cheeks, rotting teeth, thinning hair and painful facial sores. A once fresh-faced, vibrant person can wither away right before one’s eyes when hooked on the toxic methamphetamine.

Unfortunately these outward facial signs of addiction are merely a fraction of the destruction that is actually occurring in the body of a meth addict. The long-term abuser will experience lung, liver and kidney damage; destruction of the tissues in the nose if the drug is sniffed; respiratory problems if it is smoked; infectious disease and abscesses if injected; psychosis; malnutrition and weight loss; damage to the brain similar to stroke, epilepsy and Alzheimer’s disease; and permanent damage to the blood vessels of the brain and heart; high blood pressure leading to strokes, heart attack and death.

When it comes to recovery, a meth user usually needs a longer treatment approach. The person will need more time to recover from the brain damage and other physical destruction that has occurred. The long-term effects of using methamphetamine are usually quite catastrophic. Those familiar with meth addiction will tell you it’s one of the most difficult addictions to overcome. But it can and must be overcome if the person is to live at all.