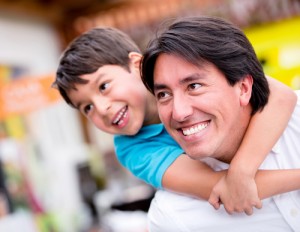 A parent’s love for a child is a special kind of love. Raising a child is an investment in the future, and a parent harbors hopes and dreams that their children will find health, happiness and success in pursuit of their personal goals and dreams. But drugs and substance abuse are the great destroyers of cherished dreams. Heroin is the thief which steals a child’s future, and all but destroys the parents of that addicted child.

A recent article featured on CronkiteNewsOnline shared stories of parents whose lives were torn apart by their child’s heroin addiction. The stories are a window into the all-pervasive destruction of drug addiction.

But parents are resourceful, and it could safely be said that few—if any parents—ever truly give-up on their child, or another loved family member. Groups dedicated to their mission of helping others are a powerful force in bringing about beneficial change, and Parents of Addicted Loved-Ones are such a group.

Parents of Addicted Loved-Ones (PAL) is a grass-roots support group. It is parents helping parents. Weekly meetings offer support and education free-of-charge to parents who are trying to save their daughter or son from addiction.

PAL shares the message that there is hope, and parents are not alone in their desperate struggle to save their child from the ravages of heroin addiction. PAL also seeks to help spouses of an addicted partner whom they feel they must parent because the person is acting likea child.

While PAL focuses on helping parents and spouses, the group welcomes all other sober friends and family members at its meetings.

As of this writing, there are 16 meetings hosted weekly in Arizona, with trained-volunteer parents helping to ensure they run smoothly and effectively. There are also 2 weekly PAL meetings in Indiana, and 1 in Kentucky.

PAL helps parents and spouses of addicts learn proven ways to help their loved ones recover from addiction. It also provides an opportunity to both give support to others facing similar challenges, and receive supportin return.

Parent’s sharing their stories is a way to help other parents. It can shine a light of hope on dark times, and provide support that helps another carry on when faced with the worst of circumstances. The following is a brief synopsis of a story told by an Arizona PAL member.

This Phoenix mother’s son was easy-going and somewhat mischievous growing-up. He had a soft spot for under-achievers, and a desire to make others laugh.

Substance abuse had plagued the family. Her ex-husband and father of her son had been addicted to prescription pain pills. Her older son was caught-up in meth abuse, but quit when his girlfriend overdosed.

Her son began with marijuana when he was a teen, and was on heroin by age 20. He told his mother he was addicted with first-time use.

She and her son have been on the path or recovery for three years; a time in which she felt as if she could not find the needed help anywhere. In that time, her son went to 10 drug centers, and 15 therapists/medical professionals. All the while, she knew her son continued to use heroin.

She tired of spending the money and time, eventually kicking her son out. Currently, he is serving a prison term. He broke into a car to steal some change he saw inside. The news of his arrest was an answer to his mother’s prayers, thinking at least there he may be safe.

She since sought help for herself, becoming involved with PAL.   The support offered by fellow PAL participants attracted her to the group.

Her son will be released summer of 2015, and she is currently working on ways in which she can help him to succeed.

It is certain that the need for new PAL groups will continue to increase as the rate of heroin addiction amongst our youth and young adults continues to rise.