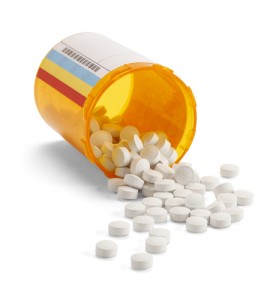 The Centers for Disease Control and Prevention (CDC) cites 15,000 prescription painkiller overdose- related fatalities annually. According to the CDC, Americans were prescribed enough opioid painkillers in 2010 to medicate every adult in American 24/7 for an entire month.

Unintentional drug overdoses not outrank traffic fatalities in the United States, and Partnership for Drug-Free Kids identifies prescription drug abuse as the reason. At the same time, an estimated 30 million Americans rely on these opioids to relieve chronic pain. Where does that leave us?

Prescription opiods lend themselves to abuse in a number of ways. They are highly addictive narcotics, and many who begin taking them for a legitimate cause of pain such an injury or surgery end-up addicted. When abused, these drugs can be cut or crushed for easier snorting, or melted for easier injection. The pills are commonly found in the family medicine cabinet, or can be gotten from friends. Both are a common source of pain pills for teens abusing these opioid painkillers

The increasing abuse of prescription painkillers/relievers known as opioids has given rise to an effort to combat the abuse issue with opiods having “abuse-deterrent properties”, or ADP. New “abuse-deterring” formulations developed by pharmaceutical companies make the pain pills resistant to cutting, crushing or melting.

The ADP formulations are hailed by some as the new tool to combat opioid abuse. One recent article published in the online Illinois State Journal Register cites promising results from the use of ADPs, noting that one internationally reported study reported an 82 percent drop in abuse deaths by one commonly prescribed opioid.

The article further cites the New England Journal of Medicine reporting a decrease in abuse of that same drug by respondents from 35.6 percent to 13.8 percent following the ADP re-formulation of the drug. Also cited was the Journal of Pain reporting a 66 percent decline in abuse of these opioids by smoking, snorting or injecting.

Dr. Douglas Throckmorton, M.D., Deputy Center Director for Regulatory Programs in the Federal Drug Administration (FDA) Center for Drug Evaluation and Research, notes the continuing increase in prescription painkiller abuse in the U.S. has prompted much talk regarding the potential of opioids with ”abuse-deterrent properties” to help combat the public health concern of opioid abuse.

Dr. Throckmorton cautions that “care must be taken” at this time as regards putting too much promise into abuse-deterrent technology because the science is still rather new, and still evolving.