Prescription Drug Addiction and Ways it Can Be Stopped 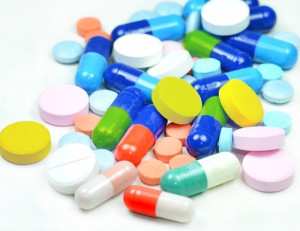 Schedule II drugs include narcotics like morphine, fentanyl and oxycodone, and stimulants like Adderall and Ritalin—all prescription drugs. According to the U. S. Drug Enforcement Administration (DEA), Schedule II drugs have a high potential for abuse which may lead to severe physical or psychological dependence. According to one current online article, while law enforcement has been focusing on prescription drug abuse in recent years, the number of prescriptions for controlled substances and narcotics continues to rise.

When looking into issue of why it is that some medical practitioners write many more times the number of prescriptions for these highly addictive Schedule II drugs than do others, a number of factors come to light. It is also noted that it can be difficult to determine which prescribing practices are legitimate—and which are not.

ProPublica, a non-profit, independent newsroom producing investigative journalism in the public interest, teamed-up with USA Today to do a study analysis of Medicare data, shedding light on the fact that prescription drug abuse continues to be a national problem. The study also revealed the many doctors abusing the Medicare system have faced disciplinary action in the states where they practice.

According to the ProPulica study analysis, 3,000 prescriptions for Schedule II drugs were written by 269 prescribers nationwide in 2012. It was done as part of the Medicare Part D plan, which covers upwards of 38 million U.S. seniors and disabled individuals, and accounting for more than one-fourth of prescriptions dispensed.

The analysis revealed that three U.S. states are lead the nation in active Schedule II prescribers. These include Florida with 52 prescribers, the state of Tennessee with 25 prescribers, and North Carolina with 15. South Carolina weighed-in with 7 prescribers, placing it somewhere in the middle.

According to some experts, the dispensing of a high number of prescriptions does not necessarily translate to criminal behavior or over-prescribing patterns, necessarily.   It was noted that certain medical providers such as those practicing in the areas of pain management or physical medicine rehabilitation are more likely to prescribe such drugs.

Some patients identified as potentially needing the Schedule II drugs would be those with chronic pain which does not respond to most treatments. Such conditions could include nerve damage, failed back surgery, compression fractures, osteoporosis, or severe arthritis—all capable of causing unrelenting pain.

According to one physician working in the field of physical medicine and rehabilitation, physicians have a wide range of treatment options for treating severe pain, one of which is painkillers. He noted that while the drugs can be responsibly prescribed and used, there still is a potential for abuse.

Skilled pain intervention is deemed a necessary medical service, so the access to and distribution of Schedule II and other controlled drugs remains tightly controlled, both by physicians themselves and pharmacies with comprehensive tracking protocols in place.

Another safeguard against potential abuse of the Schedule II prescription drugs is the close monitoring of medication levels by means of random drug tests, as well as “pill counts.” Those individuals who fail the safeguard tests are immediately discharged.

One physician pointed-out that many elderly patients are not candidates for surgery to correct a source of chronic pain, leaving the painkiller drugs as the only option. At the same time, he noted that those patients are closely screened and monitored for abuse.

The medical community has a whole is currently working towards reducing the prescribing of narcotic painkillers, with a move towards other therapies for treating pain, when possible to do so.

For more information on prescription drug addiction and its prevention, please visit http://stopaddiction.com/.