Teen Drug Abuse Study says Use is Up 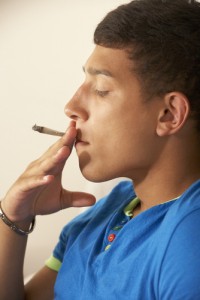 Monitoring the Future is an ongoing study of attitudes, values and behaviors of American young adults, secondary school students, and college students. Approximately 50,000 eighth, 10th and 12th-grade students participate in the survey each year. For a number of years, annual follow-up questionnaires are sent to a sample group of each graduating class following their initial participation in the survey.

The study focuses on our nation’s youth due to the significant part our youth plays in the social changes of today. As with any generation, it is the youth of today who will be the adults in charge of our future society.

The study’s lead author, Lloyd Johnston, PhD, noted that while the study showed-up good news, it also showed-up that the problem of teenaged substance use and abuse is still far from going away. Johnston noted there was a cyclical pattern in the forty years of observations resulting with this study. He noted that with the marked improvement in things there is also the tendency to take attention off the issues. He cites the early 1990s as an example of this happening, resulting in a failure to deter the incoming generation of youth from using drugs.

Dr. Johnston and his research team noted that illegal drugs, cigarettes and alcohol can have a major health impact on teens, including lung cancer and liver damage. While education in concert with parental and societal expectations are capable of reducing substance abuse, Johnston notes that the messages must be consistent, and must be repetitive in order to affect each new generation of youth.

The Monitoring the Future survey has been conducted annually by the University of Michigan since 1975. It tracks national trends in substance abuse amongst eighth, 10th and 12th grade students throughout the country.

The use of synthetics also showed a decline, with “bath salts” use at 6% and synthetic marijuana use at 1%.

According to Dr. Johnston, students now seem to see synthetic stimulants as more dangerous, which in fact, they are. As a result of the increased awareness, it appears to be limiting their use.

The Monitoring the Future survey also showed-up that teens were using marijuana less frequently, but at the same time reported they did not believe regular marijuana use was harmful.

Twelfth-graders were the only student group reporting on the use of amphetamines, tranquilizers, sedatives and narcotics for which they had no prescription. The study survey found that the rate of use of these non-prescribed prescription drugs had dropped 2% from 2013 to 2014.

Dr. Johnston notes that although there was finally a decline in the number of students who were using dangerous prescription drugs, it is not as much of a decline as we might want to see.

For those who would like to get a comprehensive look at drug use by our nation’s youth, the complete findings of the study is scheduled to be published in early 2015.