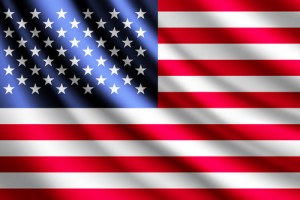 Opioid painkillers are arguably some of the most dangerous drug substances currently in existence and in use, largely due to the fact that many individuals believe these substances are completely safe to use and even abuse considering that they were FDA approved and doctor recommended. Luckily, new research indicates that the abuse of these narcotic painkillers may now be on the decline, thanks to many local and national intervention programs.

Handling The Problem of Opioid Abuse

Few individuals can tolerate even mild discomfort for a prolonged period of time, so when one is dealing with moderate to severe and chronic pain, they often desire any type of solution that will effectively help them deal with this pain so that they can carry on with their normal life. Opioid painkillers are often the chosen solution because they provide should thoroughly effective and long-lasting pain relief. However, one needs to stop and consider whether they are seriously overused. After all, the population of the United States only makes up five percent of the total world population and yet we consume more than eighty percent of all the prescription opioids that are manufactured. More people die each year from narcotic painkiller related incidents than from vehicle collisions, and this despite the fact that individuals turn to these substances for help.

The New England Journal of Medicine reported that rates of opioid painkiller abuse increased substantially between 2002 and 2010, with nearly seventeen thousand deaths attributed to prescription opioid abuse in 2010 alone. A new study estimates that prescription opioid abuse related deaths quadrupled between 1999 and 2011, an alarming trend that indicated a problem of epidemic proportions across the entire nation. Luckily, the rates of opioid painkiller abuse has steadily declined between 2011 and 2013. It is true that there may be a variety of reasons for this decline, but researchers believe that it is largely due to specific intervention programs that have been implemented across the country. The study was based on data from five programs in the Researched Abuse, Diversion and Addiction-Related Surveillance (RADARS) System. RADARS specifically addresses the illicit use of narcotic painkillers, and the latest study focused on the use of oxycodone, hydrocodone, hydromorphone, fentanyl, morphine and tramadol. Information was collected from drug-diversion investigators, poison centers, substance-abuse treatment centers and college students.

Researchers have speculated on the reasons for the decline in opioid abuse. Many federal, state and local governments, in addition to other various organizations, are working to reverse the nationwide epidemic of opioid abuse through interventions and drug abuse prevention programs. Some of these interventions and programs include new laws, policies and tracking systems that help limit the sale and use of opioid painkillers. The FDA is also pushing drug manufacturers to make opioids more resistant to abuse and they have issued new requirements for narcotic painkiller drug labels that provide individuals with stricter warnings.

Dr. Richard Dart, the lead author of the study, points out that both patients and medical doctors have a responsibility to stop and honestly consider whether opioid painkillers are truly the solution for a condition. In some cases, medical doctors may rush to prescribe opioids for specific situations, like post-surgery pain, without fully exploring other, safer solutions first. Patients who accept their doctor’s advice without further research may then find that they are trapped in opioid abuse and addiction problems that are difficult and lengthy to resolve. Dart indicates that these recent findings definitely prove that the United States is making some progress in controlling the abuse of opioid analgesics. There is still work to be done to further decrease the number of individuals suffering from opioid abuse problems, but these new trends are highly encouraging.