Use of New “Designer Drugs” Growing in Popularity 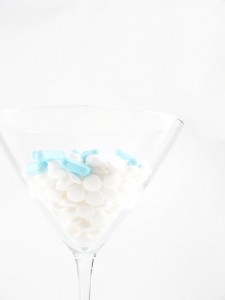 The National Institute on Drug Abuse (NIDA) refers to “designer drugs” as drugs created in a laboratory, usually one that is illegal, secret or an “underground” lab. Designer drugs are created by altering the properties of a plant-derived drug, such as marijuana, morphine or cocaine, using chemistry. As a result, “designer drugs” typically cause a new and different effect on the user’s behavior or brain function.

Designer drugs are also referred to as “club drugs” due to their use in the night club scene. They are psychoactive (affecting the mind) drugs commonly abused by teens and young adults at parties, concerts, bars and nightclubs.

The ingredients and potency of designer drugs vary considerably, due to their being created in illegal labs. It is nearly impossible to know with any certainty what is actually in the drugs, or what they will do to the person using them.

Ecstasy, for example, is frequently contaminated with other ingredients such as ketamine (an injectable anesthetic), ephedrine (a drug used to treat asthma and allergies), and meth (an illicit stimulant drug).

According to NIDA, it is difficult in the extreme to determine the toxicity of designer drugs and the resulting medical consequences because of the uncertainties of the chemicals, contaminants and sources used in their manufacture.

Regardless of those uncertainties, there are some certainties about club drugs risk and consequences.

Seizures and coma can result from GHB use. Combining its use with alcohol or other drugs can cause nausea and difficulties in breathing. GHB has also been linked to date rapes, overdoses, poisonings, and death.

This designer drug can be lethal when mixed with CNS (Central Nervous System) depressants or alcohol.

In high doses, Ketamine can cause high blood pressure, impaired motor function, and respiratory problems which are potentially fatal.

The designer drug known as Budder, is butane hash oil that users put in their vaporizers.

The designer drug known as Flakka is a new kind of bath salt. Bath salts act as a CNS stimulant, and are considered to have far more toxic effects than other street drugs. In efforts to control its abuse and misuse, the Drug Enforcement Administration (DEA) has made some of the chemical ingredients from which bath salts are derived, illegal.

Despite efforts to curtail the availability and use of bath salts, convenience stores and smoke shops nationwide continue to sell this dangerous synthetic drug. Risks and dangers include paranoia, hallucinations and violent behavior.

According to an Origins Behavioral Healthcare profession, Robert Park, Flakka users comprise 10 to 15 percent of their new drug rehab clients.

Park notes that Flakka-users sometimes stay-up for days, often causing a sleep-deprived psychosis. He adds that it can also trigger a mental health issue in someone who is predisposed. Flakka causes an increased heart-rate in the user, as well.

Budder, also known as BHO, is pure THC (the psychoactive substance in marijuana) mixed with harmful chemicals. It can cause side-effects similar to Flakka.

These two new designer drugs reportedly are easily made at home, and get the user higher for a longer period of time. The two drugs can cause alarming immediate side-effects, but the greatest dangers and risks may stem from as-yet unknown long-term side effects.