Ways Addiction is Different in America 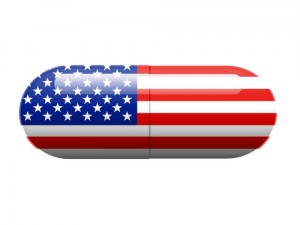 The United States of America has a history of being a front-runner when it comes to achievement on the world stage. Our country was founded on the principal of bigger, better and more of all things desirable. But sometimes this penchant for being the leader of the pack leads down a wrong road—as is the case with how America compares to other countries when it comes to drug addiction.

According to the World Health Organization (WHO), Americans are statistically more likely to try illegal drugs than anyone else in the world. That’s an indication that, overall, our lifestyles are not conducive to the health and happiness we aspire to as a nation.

For example, 42 percent of American adults have at least tried marijuana, compared to only 20 percent of the Dutch—and this despite the Netherland’s policy of tolerating possession and sales of the drug without criminal penalties.

We’re also number one on the percentage of population that has tried cocaine (16 percent). Most other European countries have averages of about 1 to 2 percent. Even Columbia, the country that is a major supplier to the U.S. of this illicit drug, only reports 4% of their population has tried cocaine.

But the biggest statistical stand out America has that other countries don’t hold a candle to is our misuse of prescription painkillers. With 5.1 percent of our population reportedly taking these medical drugs for non-medical reasons, we clearly outrun countries like Canada and Australia, whose percentages run 1 and 3 percent respectively. Thankfully the U.S. is not a leader in the illicit use of opiates (heroin and opium). The Middle East and Southwest Asia are way ahead of us in that category.

But there are statistics that clearly show the programs and solutions to drug abuse in the United States are not making enough in-roads to keep a handle on the problem. On the contrary, it shows that drug abuse currently far out runs our ability to eliminate it. These statistics have to do with our world dominance in the incarceration of drug abusers. The fact is there are 2.2 million Americans locked up at any given time. Out of this total number, 17 percent of our state prisoners are imprisoned for crimes involving drugs, and a full half of all federal prisoners are in jail for these drug related crimes. This compares to Russia that has a total of 676,000 prisoners at any given time and India with only 385,000 total prisoners. These percentages of Americans jailed on drug-related crime do not include those incarcerated for committing crimes that are linked to their addiction problems, which would increase the percentage.

Added to this is the fact that America’s National Institute on Drug Abuse is the world’s largest funder of research on the subject of drugs and addiction. And it is not our only major federal funder of drug research. Other national institute’s contributions brought the total amount of drug addiction research funds in this country to almost 1.5 billion in 2012.

All of this begs the question: Why is drug abuse so rampant in the U.S. when so many billions of dollars are being spent toward a resolution? Considering our circumstances of rising drug abuse and unworkable solutions of research and incarceration, one thing is clear: The “solutions” have now become culprits to a large extent.

As a nation, we must support and develop programs that have statistically proven track records on drug rehabilitation. Only then can we once again be a true world leader in the direction of drug-free lives for the citizens of our country and others.